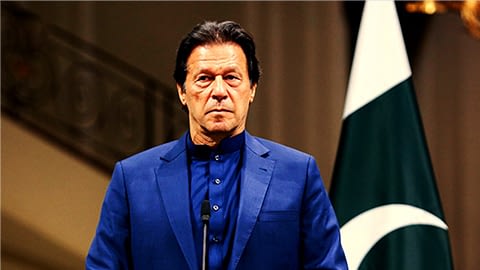 While Islamabad is considered a reliable supporter of the Taliban Islamic Emirate, there are reports that Pakistan is trying to send human resources to Afghanistan to prevent a humanitarian crisis in Afghanistan. Two days ago, Pakistani Prime Minister Imran Khan announced that his government was ready to send some trained figures to Afghanistan to work with the Taliban-led government on governance alongside the Taliban Islamic Emirate. According to the Pakistani Prime Minister, his country is ready to send Pakistani human resources in civil, banking, medical and other sectors.

This has provoked strong reactions. Several Afghan politicians have considered Pakistan’s move to be against the morals and neighborliness of Afghanistan and Pakistan, stressing that sufficient and trained human resources are present in Afghanistan and that the Islamic Emirate should recruit Afghan citizens instead of hiring Pakistani staff. Assign duties and use them properly. Former Afghan President Hamid Karzai has thanked Imran Khan for his goodwill. Still, there are enough trained and capable troops in Afghanistan who can work with the Taliban in any section.

The question is why, after the Islamic Emirate came to power in Afghanistan, Islamabad occasionally wanted to exploit the people of Afghanistan. Some experts believe that Pakistan is currently trying to prevent unfortunate events in Afghanistan in the future. International relations experts say Pakistan is sending human resources to Afghanistan to move its intelligence agents to key Afghan offices if the Taliban’s Islamic Emirate faces potential threats soon. This Pakistani human resources can give practical advice to the Taliban and, on the other hand, prevent any insurgency.

In addition, it is believed that Islamabad is trying to collect administrative secrecy from Afghanistan and wants to control all the secrets of Afghan governance. While Pakistan’s administrative and governmental apparatus suffers severely from corruption and inequality, it is trying to draw the attention of its citizens to overseas crises by managing the problem outside its borders so that the government can Regain its time of governance in a regular peaceful manner. Following the fall of the former regime in Afghanistan, there were reports in the world media that Pakistan had sent a number of its troops to Afghanistan to advise the Taliban.

Former Afghan politicians believe that if the Taliban Islamic Emirate responds positively to such a case, the possibility of social collapse in the country will increase. Afghan citizens will be forced to take retaliatory measures against such an approach taken by the Taliban. Several media outlets, including BBC Persian, have reported that the Taliban, due to a lack of trust in Afghan staff, is currently trying to bring troops from Pakistan into Afghanistan, most recently in the group. The Taliban have not yet commented on who had a bakery in Pakistan was brought to Kabul and has now been appointed director of traffic.