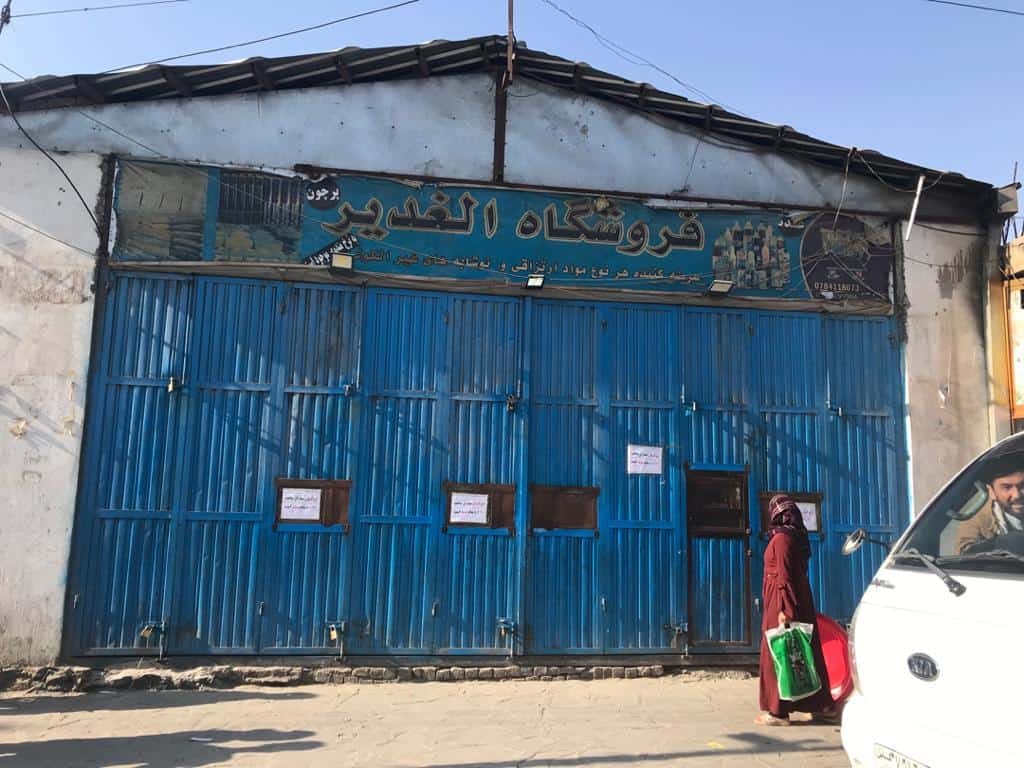 Kabul is facing new crises these days. Unemployment, poverty, and the economic crisis have hit Kabul more than ever. In the most recent case, the dollar exchange rate against the Afghani has risen to an all-time high, and now the latest record of the dollar-to-Afghani trade in Afghanistan has been reached. One dollar is reportedly worth 115 afghanis today. This has led to the dismissal of dozens of sellers, as the rising dollar price becomes heavier for them than ever before and their customers cannot afford to buy their daily necessities with this money.

The Sighttimes reporter visited dozens of shops in Kabul and spoke with a number of Kabul citizens who had come to the shops to buy the materials they needed. The Times reporter says that the rise of the dollar against the Afghani has closed dozens of raw material stores in different parts of Kabul, and a number of sellers are unable to buy the goods needed by citizens at reasonable prices. So for that reason the shopkeepers has decided to close their shops and stop trading, as they were unable to rebuy the daily needs of Afghan citizens.

Abdul Basit, a raw material seller in Kabul, told the Sighttimes that the economic situation was “extremely shocking” and that the rising of dollar against the Afghani had sounded the alarm for Afghan citizens. Abdul Basit says: “I am one of the shopkeepers in Kabul and in the last week the situation of buying and selling the goods we need has drastically deteriorated. With the rising of dollar against the Afghani currency, we can no longer buy the desired goods we bought at the previous price. That is why we closed our shop because the material prices are not known and the prices are changing from moment to moment.”

Abdul Sattar, another Kabul seller, said the rise of the dollar against the Afghani was unprecedented and that if the Islamic Emirate did not act to prevent the dollar from rising, Kabul would soon face a severe economic crisis. And then it will spread to other provinces. He added: “It has been at least four months since Kabul fell to the Taliban and the Islamic Emirate is ruling the country, but unfortunately the economic situation of the people is in a state of stagnation. There is more difference in the exchange of dollars to Afghanis. I have lost 35,000 afghanis in the dollar exchange today. The continuation of this situation is an alarm and must be stopped.”

Meanwhile, Abdul Jabar, one of Abdul Sattar’s clients, who has not been paid for four months, is deeply concerned about the situation, stressing that the continuation of this situation will lead to a new humanitarian crisis in Afghanistan. Abdul Manan works in one of the interior ministries and has not been paid for four months. He says he cannot afford the food he needs due to the rising dollar. “I have not been paid for three months now and I came to Abdul Sattar today to take food home, but the situation is worse than ever and now I have to return empty-handed. Citizens like me who are helpless, the economic situation is bad,” he said. The price of a barrel of flour in the market has reached 3,000 afghanis, the price of oil has risen to 3,500 afghanis and the price of a clove of garlic has risen to 600 afghanis, a situation that is shocking for people like me “.

The Times tried to talk to officials at the Ministry of Finance and Da Afghanistan Bank about the matter, but officials at the offices declined to comment. At present, the price of one dollar has reached 115 Afghanis, and in order to prevent the price of the dollar from rising against the Afghani, the Islamic Emirate has closed parts of the prince’s house in Kabul in the latest approach. This situation is said to have prevented traders from buying raw materials again.