Mujahid: We have fulfilled the conditions for recognition

One hundred twenty days after the Taliban’s Islamic Emirate is still not recognized by the world, US-affiliated countries worldwide have insisted on accepting the fundamental rights of citizens, respecting women’s rights, reopening schools and universities, and seriously fighting terrorism. These are critical preconditions that the Taliban must meet to be recognized. In addition, the world has already frozen at least $ 10 billion in the Afghan capital in foreign banks. Now the Islamic Emirate wants the world to recognize Afghanistan. Zabiullah Mujahid, the spokesman for the Islamic Emirate, said the new government had met all the conditions for recognition.

Zabiullah Mujahid, the spokesman for the Islamic Emirate, said: “We know how to build our relations with countries and how to deal with them. Neighboring countries have a right to us, and we have a right to them. We respect this right. “We want to reassure China and all our neighbors, both in our policies and in practice, that no action will be taken against them on Afghan soil.” The Ministry of Justice, meanwhile, says the new government has met all the conditions for recognition and calls on the international community to recognize the current government in Afghanistan.

Abdul Hakim Shari’a, head of the Ministry of Justice, says: “The global ruler, whatever the criteria, the Islamic Emirate is equal to it.” On the other hand, the Chinese ambassador in Kabul says that Afghanistan needs the support of the world in the current situation to achieve absolute independence and improve its political position. China will support Afghanistan to achieve this goal.

“Recently, the Chinese president, Chinese foreign minister, and other Chinese leaders have attended many international conferences related to Afghanistan and referred to China’s policy on Afghanistan,” said Wang Yi, China’s ambassador to Kabul. China calls on the international community to contact the Afghan government and increase its assistance to Afghanistan. “China urges the US to release frozen assets in Afghanistan

Before the new government’s recognition, the international community emphasizes forming a broad-based government in Afghanistan and providing employment and education for women and girls. 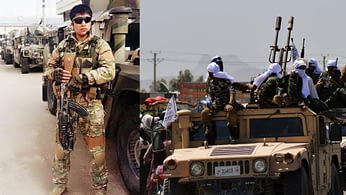