Mujahid to Pakistan: Thank you, we have enough labors 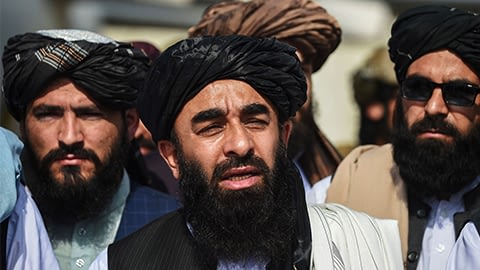 Zabihullah Mujahid, Deputy Minister of Information and Culture, after Pakistani Prime Minister Imran Khan, announced two days ago that his country is ready to send specialized and experienced Pakistani human resources to Afghanistan to assist the Taliban-led government in various sections. In response to the Pakistani Prime Minister’s decision to send human resources to Afghanistan, he told the BBC that he thanked Pakistan, but there is no need for outside labor.

In a voice statement of the Mujahid’s interview with the BBC yesterday (Saturday, 15 Jan), Mujahid says there are enough educated specialists in Afghanistan. “There are enough educated young people to work in the ministries, and there is no need for outside labor,” said Zabiullah Mujahid in the voice statement released by Mohammad Naeem Wardak, spokesman for the Emirate’s political office in Qatar. He added: “You know that countries can ask for specialists from abroad if needed, but thank God Afghanistan is rich in educated specialists.”

However, Mujahid has indicated that they accept cooperation in the economic, trade, and financial sectors. He also said that some banking problems in Afghanistan need help. In part of the voice statement, Mr. Mujahid states that various countries have proposed sending human resources, which Imran Khan has offered. Imran Khan’s remarks provoked widespread reactions. Former President Hamid Karzai praised the Pakistani government’s decision on his Facebook page but said there was no need for an external workforce in Afghanistan.