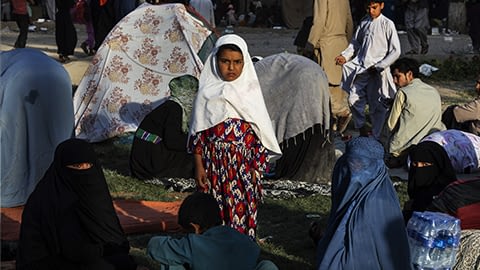 After the return of the Taliban to political power in Afghanistan, poverty is widespread in the country, and hunger is higher than ever. Due to a lack of financial resources, Afghan citizens earn little money by selling their children or family members to survive. In the latest case, local media in Balkh province reported that as the humanitarian crisis in the country increased, especially in the north of the country, the amount of organ trafficking increased, and most people took this approach because they were poor and could not afford it. Meet their daily living expenses. Local media in Balkh reported that these people were internally displaced and currently living in Balkh.

The war displaced several families in Sar-e-Pul, Faryab, Jawzjan, and Balkh provinces and now living in a camp in Mazar-e-Sharif. Due to lack of food, poverty, economic problems, and the spread of various diseases, they sell their Children or kidneys of themselves. But they have been prevented by the mediation of religious scholars and a charity organization. According to them, each family has two to seven small children, and they have to sacrifice one of them for the other family members to survive.

According to these families, the price of each child was set at 100,000 to 150,000 afghanis and the cost per kidney at 150,000 to 220,000 afghanis. “We had problems, no one will hear from us, and we got into trouble,” said one low-income family living in the camp. Another low-income family said, “I was about to sell my child for 100,000 afghanis then a Haji Sahib came and said that it is a sin.” On the other hand, the officials of a charity foundation, aware of this situation, have prepared and distributed food for tens of thousands of people and cash donations and asked other charities and businessmen to help such families in the current situation.

Mohammad Sadegh Ghasemi, head of the charity in Balkh, said: “There were sisters who were willing to sell their kidney, some of them sold, we saw some families who even sold their children, we were able to help them. . ” Meanwhile, several religious scholars and residents of Balkh are calling on the international community to extend its humanitarian aid to Afghanistan and free Afghanistan’s frozen money in the current situation of poverty.