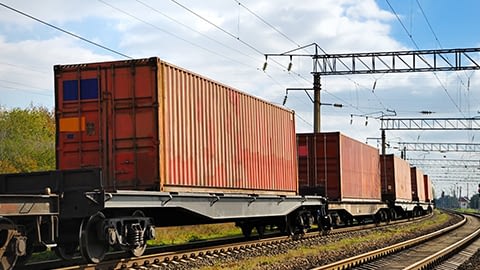 Meanwhile, the Afghanistan-Pakistan Joint Chamber of Commerce announces a decline in trade between the two countries. Naqibullah Safi, President of the Afghanistan-Pakistan Joint Chamber of Commerce, said: “There are several factors; one is that there are many problems in the transfer of materials in the ports; “Afghanistan should reduce exports.” On the other hand, the Ministry of Finance says that customs revenues have increased in the north. Ahmad Wali Haqmal, the spokesman for the Ministry of Finance, said: “Since the arrival of the Islamic Emirate, more than 8,000 commercial vehicles have traveled from Central Asia to South Asia and from South Asia to Central Asia through Afghanistan, which is a huge source of revenue for “Afghanistan has followed.”

Trade between Afghanistan and Central Asia is mainly made by railway. “Afghanistan always transfers and supplies through Central Asia and by rail,” said Khairuddin Mayel, deputy chamber of commerce. Hamid Aziz Mujaddedi, a university professor, said: “Today, Afghanistan needs to have trade relations with all countries of the world, and this gives our government significant revenues at the level of domestic revenues.” The latest statistics from the Afghanistan-Pakistan Joint Chamber of Commerce show that trade between Afghanistan and Pakistan has dropped by 26 percent this year.

Afghanistan, meanwhile, imports most of its goods from other countries. The Chamber of Commerce and Investment says imports have fallen due to rising poverty and unemployment.